Beyond Gallery, Into Community Building

As the birthplace of downtown’s burgeoning arts community, we were founded on the belief that art has the power to transform, strengthen, and beautify our community. At Alwun House, art is a concrete medium, building a foundation for that transformation – one block at a time.

“A Pioneer in the rebirth of cultural and artistic activity in Central Phoenix, Alwun House is an important component of downtown revitalization.” Terry Goddard, 1993

Mayor Greg Stanton, stressed the importance of artists in bringing downtown Phoenix the success it experiences today. “Art is a gift,” Stanton said. “We wouldn’t have the momentum that we have, the other good things we have, without the artists.” He praised artists for helping make downtown what it is today and seeing potential in areas others did not, including himself. “Anytime you see me at a groundbreaking for some new development, be clear: I’m thinking about the artists that help find the beautiful nooks and crannies in our town … you are our eyes and ears. As we look at pioneers Alwun House — Kim Moody (Founder 1971) and Dana Johnson” “You were here first, and everything else we’ve done is on your shoulders.” Alwun House appreciates Mayor Stanton’s inclusion of artist and gallery owners in inter-departmental city planning.

Alwun House, was a founding resource for Garfield Organization in1989, and friend of founder Lupe “Barrio Nana” Sisneros. In 2003 Alwun House received the City of Phoenix CDBG Lupe Sisneros Memorial Award, “for guiding and overseeing revitalization strategies in Garfield Neighborhood.” 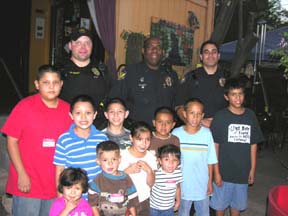 Providing direct access to low-mod home ownership in Garfield; focus on families, artists and creative entrepreneurs benefiting from our “Art’s and Small Business” district overlay. In partnership with Neighborhood Housing Services of Phoenix, Roosevelt Row and City of Phoenix Neighborhood Services Department NIA team, we bring together a panel of real estate professionals, mortgage and finance experts, as well as long-time residents of the Garfield neighborhood on hand, providing information and answer questions regarding the neighborhood, housing prices, financing, funding programs, and assistance in the process of purchasing a home.

Garfield Neighborhood, 7th to 16th St, Van Buren to I-10 Fwy, is the most affordable historic neighborhood in downtown Phoenix, with noticeable increase in numbers of artists-creative types living and working in homes they own.

Annual youth art show in partnership with Phoenix Elementary School District #1. Exhibit founder & Art teacher John Avidesian states, “The goal is to give students the experience and excitement of a real gallery setting, surrounded by parents, teachers, neighbors and civic leaders. For many it will be a first time seeing their art on display in a gallery. For others it will be the first time they’ve seen an art exhibit.” This show of vibrant, hopeful, and promising downtown youth features 300 pieces made by students in the 5th through 8th grades. We also feature student bands, choir, Folklorico dance, and more – all representing 16 Schools and 18 teachers. Artworks sell for $20, with 100% of proceeds going directly to the student artist. 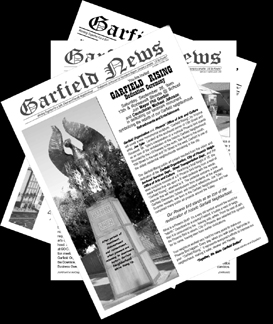 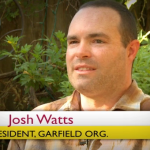 Featured, is one of Phoenix’s first neighborhoods from the 1800’s, site of Phoenix’s first park, municipal pump, and early trolley line. This past, present, future “snapshot,” focuses on the late 20th century, after Garfield became a victim of flight from downtown, and how its resilient neighbors built partnerships.

Interviewed are members of the nascent Garfield Organization, and founder cake-maker, La Doña, Lupe Sisneros. The film hints how from one neighbor to another, grew partnerships that began to include non-profit partners like Neighborhood Housing Services Phoenix, the non-profit Alwun House provides a central gathering place for neighborhood social events, engaging the power of art in revitalizing and strengthening community. Neighbors describe how the nexus of City of Phoenix NSD/NIA Department with its culture of “inclusiveness,” together with winning Arizona’s first US Department of Justice, “Weed and Seed” program, formed ongoing partnerships, including the Phoenix Police Department. Together, they engaged neighbor-leaders in developing comprehensive revitalization strategies. Garfield’s future as the newest strong up-and-coming historic neighborhood is promising. 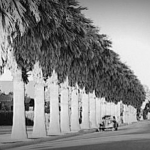 A side historical 1954 reference point of Garfield Neighborhood, is “Tomorrow’s Drivers” film narrated by Jimmy Stewart; see inside and out of the old Garfield Elementary School at Roosevelt and 13th Street. Downtown’s History comes alive with glimpses of Garfield in all its post-war glory, palm-tree lined Roosevelt Street, school decorum, and the traffic.

The Art Of Transforming Community

Alwun House co-developed with Garfield Organization Arizona’s premiere Department of Justice “Weed & Seed” Grant, with a comprehensive strategy to “weed out” crime and “seed in” positive elements into our community. 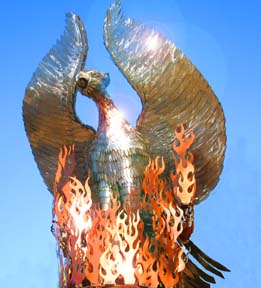 In that capacity we helped spur several artistic projects in Garfield: one such project created Neighborhood Bulletin Boards. After a “Call For Artists,” Michael Levine was selected and 12 large sculptural bulletin boards were erected for GO meeting notices, and residents to post information communicating with each other.

Another project advocated for “green” planting of 1,100 desert appropriate trees lining the streets of Garfield, in 1993. Director Kim Moody was recognized by the Arizona Tree Council in 1996 for his “contribution to Urban and Community Forestry.” 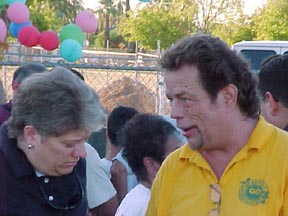 Founding director of Alwun House non-profit (1971), actively participated in the creation of Garfield Organization, a neighborhood alliance, a nonprofit neighborhood association since 1989. He has served as president of the board several times.

Garfield Organizations Arts and Culture Liaison: Mr. Moody was a founding commissioner on the original Phoenix Arts Commission (early ‘80’s), and continues by serving on the Mayor’s Artist Issues Task Force which is responsible for drafting Downtown Arts and Small Business Overlay. This permits artists and creative entrepreneurs to live/work and adaptive reuse structures within its boundaries, among other benefits. 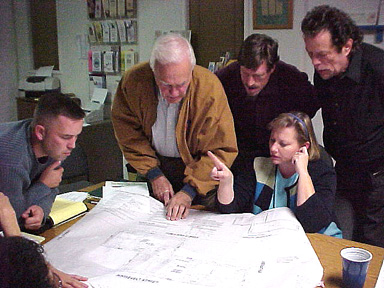 Alwun House Foundation Board President, serves on the Executive Board of Directors for Garfield Organization, where as Chair of GO Revitalization and Economic Development Committee since 1991, his leadership works to preserve the neighborhood contextual integrity, in collaboration with multiple City of Phoenix departments and private developers.